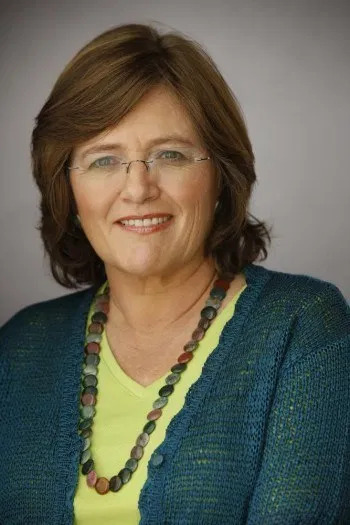 Lucile M. Jones (born 1955) is a seismologist and public voice for earthquake science and earthquake safety in California. She has been with the US Geological Survey and a Visiting Research Associate at the Seismological Laboratory of Caltech since 1983. She is currently serving as the Science Advisor for Risk Reduction for the USGS Natural Hazards Mission Area [1] as part of the SAFRR Project.[2] In January 2014, she entered into a partnership on behalf of the USGS with the City of Los Angeles to serve as Seismic Risk Advisor to Mayor Eric Garcetti.[3] She served as a Commissioner of the California Seismic Safety Commission (CSSC),[4][5] which advises the governor and legislature on seismic safety, by appointment of Governor Gray Davis in 2002 and reappointment by Governor Arnold Schwarzenegger in 2005 and serves on the California Earthquake Prediction Evaluation Council. She has received several awards, including the Alquist Award from the California Earthquake Safety Foundation,[6] the Shoemaker Award for Lifetime Achievements in Science Communication from the USGS, and the 2007 Award of Merit from the Los Angeles County Emergency Preparedness Commission, and the 2015 AGU Ambassador Award.

The above brief biography attests to the remarkable scientific and socially beneficial achievements of Dr. Lucy Jones.  She is nationally and internationally renowned for her media role in raising widespread awareness about seismic events and especially, earthquake preparedness at home and in the workplace.   Over the past couple of decades, while making remarkable scientific discoveries about the phenomena of earthquakes, Dr. Jones has also become the most widely recognized figure in the field of seismology.

No scientist today in any aspect of seismology is as widely recognized and TRUSTED as Dr. Jones.  Thanks to her remarkable range of knowledge, along with her clear, calm delivery — on air, in print, online — Dr. Jones has especially succeeded in making today’s generations of Californians deeply aware of the critical importance of earthquake preparedness, and the procedures to follow during and after a seismic event.   No other scientist in her field has succeeded to this degree.  It’s entirely likely that Dr. Jones’s “prescriptions” for earthquake preparedness and recovery have already saved lives — and they certainly will in the event of a major earthquake in the future.

Given the geology in which we Californians all live, Dr. Jones’s achievements and continual messages are of inestimable value to us all.

Could any Southern California citizen be more deserving of the RH STAR Humanitarian Award??