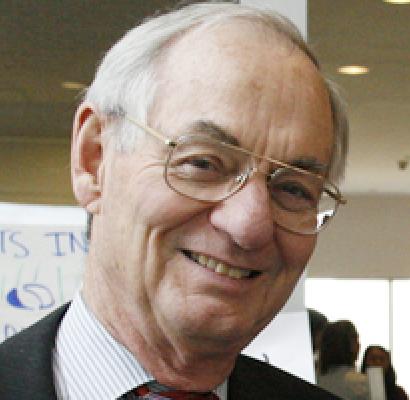 Paul C. Jennings is Professor Emeritus of civil engineering and applied mechanics at the California Institute of Technology in Pasadena.

Jennings is internationally renowned in the seismology and engineering fields. Jennings is an expert in the design of earthquake-resistant structures and in how the earth moves during a temblor. He has played an active role in investigating the effects of damaging earthquakes.

He has received many awards during an exceptional career, having served as president of the Seismo-logical Society of America, co-editor of the engineering volume of the National Academy of Science report on the 1964 Alaska earthquake, editor of a report on the San Fernando earthquake of 1971, and a member of the Governor’s Board of Inquiry on the Loma Prieta earthquake. Jennings is the author of many technical papers on earthquake engineering and dynamics of structures, including the 1997 Spectra Outstanding Paper entitled “Enduring Lessons and Opportunities Lost from the San Fernando Earthquake of February 9, 1971.”

Paul has had an active academic life: teaching, supervising PhD students, doing research and publishing 48 technical papers. He was widely recognized as one of the leaders in the field of earthquake engineering. He also was engaged in many extracurricular pro bono activities, including serving as president of the Earthquake Engineering Research Institute and president of the Seismological Society of America. He also served on numerous national committees, including the National Research Council Committee on Seismology and the National Research Council Committee on Natural Disasters, which he chaired. He was also a member and later chairman of the Charles Stark Draper Prize Committee of the National Academy of Engineering.

Jennings as been involved in many earthquake engineering projects/research, among the more notable, and one local.

–     Alaska Earthquake – In 1964 there came the great Alaska earthquake, Richter magnitude 8.4. I, as well as Donald Hudson and Ronald Scott were drawn into the activities, in particular, preparing the engineering report on the Alaska earthquake for the National Academy of Sciences. As Paul’s PhD research had been on destructive earthquakes, he seemed a logical person to help in this effort. A request was made to the Air Force, and Paul was assigned to Caltech for over a year.

–     China Collaboration – Paul was a member of the U.S. National Academy of Sciences team that visited China in 1978 and spent three weeks visiting various locations and earthquake laboratories. The main purpose for making this trip was to learn about the Great Tangshan Earthquake of 1976, which devastated the city of Tangshan and the surrounding countryside and killed an estimated 500,000 people. When the team returned to the United States, Paul was editor of the report published by the National Academy of Sciences that described what was learned during the trip.

“To some degree, it’s like rehabbing a house,” said Paul C. Jennings, a professor emeritus of civil engineering and applied mechanics at Caltech who chairs the 13-member restoration oversight committee. “You have to prepare for unexpected problems.” Jennings has tried to anticipate all the pitfalls. The city’s exhaustive research determined that the building has a troubled foundation, water damage and peeling paint.”

As we know in recent and past earthquakes, we have witnessed the deaths of hundreds of thousands, caused by collapsed buildings and other related things – tsunamis, floods, broken gas lines, etc.

Earthquake engineering is the scientific field concerned with protecting society, the natural environment, and the man-made environment from earthquakes by limiting the seismic risk to socio-economically acceptable levels.

It is a specialized branch of engineering that designs and analyzes structures, such as buildings and bridges, with earthquakes in mind.  Earthquake  (or seismic) engineers aim to construct structures that will not be damaged in minor shaking and will avoid serious damage or collapse in a major earthquake, or retrofit those threated.

Jennings’ civil engineering specialty in field of earthquakes and international recognition in this field make him uniquely qualified for this award as it benefits all of mankind all over the world.