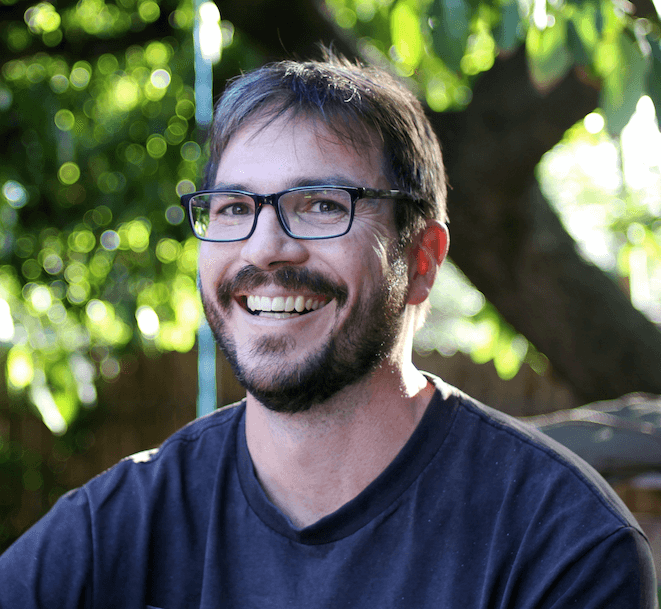 His research uses data and models to understand how clouds and ecosystems are changing in a hotter world. He has authored or co-authored over 100 peer-reviewed publications. He is the recipient of NASA’s Early Career Achievement medal, the author of the award-winning book Being the Change: Live Well and Spark a Climate Revolution, and an organizer serving the international #FridaysForFuture movement. His writing and thoughts have been featured in Science, Physics, The Guardian, The Washington Post, Mother Jones, The Los Angeles Times, The Intercept, and many other outlets. Dr. Kalmus lives with his wife and two sons in Altadena, California. He has cut his emissions to a tenth of the average American’s and finds that this actually makes for a richer and more joyful life. Peter Kalmus received a B.S. in Physics from Harvard University and a Ph.D. in Physics from Columbia University.

When Kalmus learned of our dire climate crisis, he not only changed his field of research to climate science, he changed his way of living. He calculated his carbon output and found that his largest carbon footprint was in air travel. At that time, he was flying 50,000 miles per year, mostly work-associated, for conferences and work collaboration meetings. By 2012, two years later, he had cut his flight miles and CO2 emissions by more than half. He has not traveled by air since that year.

Kalmus and his family have made other changes in their lives to lower their CO2 emissions, including switching to a vegetarian diet, growing their own produce, keeping chickens, composting, hanging their laundry to dry, and driving cars that don’t burn fossil fuels. Kalmus has documented all of this in his widely praised and award-winning book, Being the Change: Live Well and Spark a Climate Revolution. A film based on this book has been made. Kalmus has given over 100 lectures to various groups about his personal journey to combat climate change.

Peter Kalmus is leading by example. He has made profound changes in his life as a way of acknowledging the climate crisis and pointing to the harm that fossil fuels do. Giving up flying is a significant sacrifice for a scientist to make, as the latest scientific findings, often unpublished, are presented at conferences. Conferences also present important networking opportunities. Yet, Kalmus committed to this course, founded noflyclimatesci.org, and has since persuaded many other scientists and members of the general public to sign on and fly less or not at all.

Kalmus’s personal action is not important so much for the decline in the amount of CO2 he emits, but rather for the influence his personal example has on others. Research has shown that people are less likely to make a change in their lives when told to do so than when they see another person who has made that change, especially if that change involves sacrifice. Personal action like this can spread through a society and change the social norm (Leor Hackel, Gregg Sparkman Wired,   10.30.2018; https://www.wired.com/story/does-climate-change-mean-you-should-fly-less-yeah-maybe/). Once a person has committed to a personal change that involves sacrifice, that person is more likely to become political. This progression and the change in social norm can bring about real policy change that, in this case, can be effective in abating climate change.