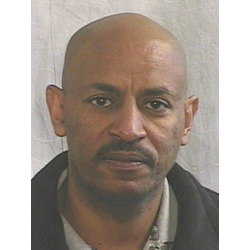 Dr. Tsegaye Nega is a professor of Conservation Biology/Landscape Ecology in the Environmental Studies program at Carleton College, Minnesota, U.S.A and recently spent two years in Ethiopia as a Fulbright Scholar (2017-2019). Dr. Nega has a diverse background. One of his early engagement in addressing environmental problems in Ethiopia was developing the first spatially explicit and policy-driven simulation model for Addis Ababa. to help mitigate the growing environmental problem the city faces. Since then he has been engaged in designing, prototyping, and testing gasifier stoves in Addis Ababa, Ethiopia. He also has spent a significant amount of time developing recipes to convert waste biomass into fuel pellets and converting the biochar produced from burning the pellets to fertilizer, water, and air filters.

Professor Nega is spearheading a program of “Improved cookstoves + Pellets + Charcoal buy-back” in Ethiopia, designed to improve health of cooks through using improved stoves, which burn pellets made from local biomass waste, and which generate charcoal as a waste product. The waste charcoal can be activated and used as air or water filters, or as agricultural amendments (biochar).  Implementing this system, which is in a pilot phase right now, requires developing the improved microgasifier stove, developing infrastructure to manufacture fuel pellets, and developing the infrastructure to buy back the charcoal to convert it into useful products.  Each of these components is well under way, and the project is poised to scale up from the 10’s of stove users who are currently involved to hundreds or thousands of stove users in the future.

The goal is for this project to be operated as a social enterprise, providing employment, especially for women, in addition to the technology described above.  The stoves and pellets will be sold to customers, and the charcoal will be traded for new pellets.  Thus, the project will be self-sustaining, once it is scaled up sufficiently.

More than 3 billion people globally cook using solid biomass fuel. Having an open fire in a kitchen is like burning 400 cigarettes an hour, leading to tremendous health and environmental impacts. As a result, more than 4 million people (mostly women and children) die every year as a result of cooking-related pollution (WHO).  In Ethiopia, 60,000 die and another 5 million suffer from respiratory diseases. At the same time, the use of solid biomass as a fuel source has led to serious deforestation, soil degradation, and air and water pollution.

Because the byproduct of the clean cookstoves is, in itself, useful, the project is envisioned as a disruption to the current fuel use paradigm.  Currently, trees are cut down, made into charcoal or used directly, and used as fuel.  The byproducts are ash and smoke, neither of which has value, and both of which can be hazardous.  The new paradigm includes making fuel pellets from waste material such as sawdust, spent coffee grounds, and coffee husks (all of which are plentiful locally), thus alleviating the need to cut down forests; burning the pellets in highly efficient microgasifier stoves, thus reducing the harmful pollution; and collecting the charcoal that is produced, to be used as an agricultural amendment (biochar), rather than returning it to the environment as waste.  Thus, the project “upcycles” waste at two points (making the fuel and using the charcoal waste), improves environmental conditions, and will improve health.

The project that has been started by Dr. Nega is currently focused on residents in the Merkato slum in Addis Ababa, one of the largest slums in sub-Saharan Africa.  Residents of this part of Addis Ababa cook with charcoal primarily, and they use electric stoves when the service is both on and has sufficient current, which is rare.  The lack of electricity or gas/LPG infrastructure impacts residents ability to cook without generating hazardous air quality.  Preliminary measurements show that the air quality is improved by a factor of 10 – 100 (when measuring PM2.5 concentration — the concentration of the particulate matter in the household air that people breathe in their kitchens).

Additional work has begun to introduce these clean stoves into restaurant kitchens, which cook using the same technology as in private households.  Restaurant kitchens have significantly worse average air quality than found in houses, because they are cooking continuously all day.  Replacing the stoves in restaurants will impact the restaurant workers as well as customers.