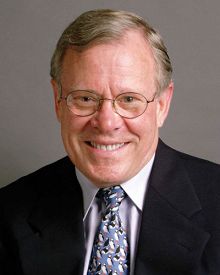 Oceanography, Johns Hopkins University. CEO of the Aquarium of the Pacific, president and CEO Emeritus of the New England Aquarium, Massachusetts Maritime Academy in 1998. A leader throughout his professional life at the interfaces of science education, knowledge sharing, and technology-management-policy on ocean issues. He has published more than 225 scientific papers and has written extensively for general audiences.

Dr. Jerry Schubel has been president and CEO of the Aquarium of the Pacific since 2002. He is president and CEO Emeritus of the New England Aquarium, and from 1974 to 1994 was dean of Stony Brook University’s Marine Sciences Research Center. For three of those years he served as the University’s provost and is Distinguished Service Professor emeritus. Prior to 1974 Jerry was an adjunct professor, research scientist and associate director of The Johns Hopkins University’s Chesapeake Bay Institute. He holds a Ph.D. in oceanography from Johns Hopkins University. He received an honorary doctorate from the Massachusetts Maritime Academy in 1998. Jerry has been a leader throughout his professional life at the interfaces of science education and knowledge sharing and technology-management-policy on ocean issues. He has published more than 225 scientific papers and has written extensively for general audiences. He is a member of the National Oceanic and Atmospheric Administration’s (NOAA) Science Advisory Board, the Science Advisory Panel for California’s Ocean Protection Council, and the Board of Governors of the Savannah Ocean Exchange. He chaired the National Sea Grant Review Panel; the National Research Council’s Marine Board; and the Ocean Research and Resources Advisory Panel (ORRAP). He has served on numerous National Research Council committees, is a former member of EPA’s Science Advisory Board, the Census of Marine Life U.S. National Committee, and the National Science Foundation’s Education and Human Resources Advisory Committee.

It is with great pleasure that I nominate Dr. Jerry Schubel, president and CEO of the Aquarium of the Pacific in Long Beach, California, for the Rotary Humanitarian Award for either Environmental Improvement or Knowledge Sharing. Jerry has devoted almost all of his exceptional life to the understanding and stewardship of our oceans. Aquarists, academics, environmentalists, community and industry leaders, as well as local, state, national and international governmental leaders internationally respect and admire him. He is truly a unique ambassador for the global ocean and environmental community. Jerry has redefined the role of the modern aquarium. He has taken the lead in using arts and technology to make ocean science engaging and relevant to the public. In addition, Schubel has convened and facilitated key leaders, scientists, and stakeholders to discuss pressing and sometimes contentious issues, ranging from urban ocean planning and water use to extreme weather preparedness and sea level rise. Since its inception, the Aquarium has provided environmental education to over 30 million visitors and millions more through offsite programs and national, statewide, and regional partnerships. Jerry’s philosophy is to build relationships between and among people that deal with the most pressing environmental issues. He is to connecting people to nature through entertaining, educational, and empowering programs and exhibits. For an overview of the Aquarium of the Pacific, go to: http://www.aquariumofpacific.org .

Always growing and evolving, the Aquarium recently opened a revolutionary, technology-based $53 million project that doubled its exhibit gallery space and immerse visitors in a virtual ocean environment. The centerpiece of this new structure is the two-story, 300-seat Honda Pacific Visions Theater that includes a 32-foot-tall, 130-foot long, 180-degree arc digital projection wall and a 30-foot-diameter floor projection disc to immerse visitors in a virtual ocean environment. The theater brings to life epic ocean stories, allowing audiences to discover new species, witness the processes of Earth’s ecosystems, and grapple with the many challenges facing the natural world. Visitors have opportunities to explore a range of possible trajectories for our planet, underscoring how human action can lead to a more sustainable future. Over the coming decades, the Aquarium of the Pacific will continue to reach millions of children, teachers and families and to make a positive impact on the fabric of our community and the future of our ocean planet. This evolving of the role of the modern aquarium has been the vision and passion of Dr. Jerry Schubel. At the Aquarium of the Pacific, he created the Aquatic Forum that brings together scientists, policymakers and stakeholders to explore alternative ways of dealing with important, complex, and often controversial environmental issues facing California and the nation. The most recent Aquatic Forum was one of the first attempts to apply the Obama Administration’s recommendation of coastal and marine spatial planning (CMSP) to the waters off Southern California. Other forums have focused on preparing cities and individuals for sea level rise and other climate change issues, the looming seafood crisis and aquaculture, droughts and ocean desalination, sustainable energy, and more. I think of Jerry as a great community builder, not only for the global ocean community, but also for all communities. Year after year he has brought a great diversity of people together to care about the ocean, each other and to share hopes and dreams. When I visit or speak at the Aquarium of the Pacific, my lasting images are of the children -whether they are Cambodian, African-American, Native American, Latin American or the many ethnic groups of Southern California – learning, laughing and participating in the wide range of activities and events. For all his leadership and service to the ocean community and Southern California’s communities and young people, I can think of no more deserving recipient for the Rotary Humanitarian Award for either Environmental Improvement or Knowledge Sharing.